If you watch closely on the left top part of the painting you can distinguish the label of a bottle called Falernum which is a syrupy liqueur from Barbados. One day, a friend asked me if I could find that difficult to find bottle necessary to make a cocktail. He couldn’t find it anywhere where in Tenerife nor an online shop that would send it over.

I had no idea what it was and had a free afternoon in Paris so I dedicated my day to search and find this mysterious bottle. Obviously I was secretly hoping that I will taste it in the future, I must tell you here that Alejandro is a grand “cocktail master ” or mixology connoisseur, an artist in his own right. I always liked people who live their passion, it infuses life with joy and let you taste the present moment with deeper satisfaction in my opinion. It was a beautiful and warm day and so my hunt started for Falernum that mysterious bottle…

I first went to one of the most famous shop called Lavinia, a huge multistory shop full of rare bottles. I talked to the vendor and he had only one old and quite expensive vintage bottle that didn’t really look like it was something you would casually mix in a cocktail but I knew I had a hit.

The vendor was kind enough to suggest that I go to La Maison du Whisky not so far from there so I hit the road and followed the map on my mobile walking through some nice part of my native city a sort of taste being home even though I spent my early years in Tokyo. Once at La Maison du Whisky, I waited my turn and asked again for this enigmatic Falernum. The guy didn’t seem to have an idea but checked on his computer and told me that they have it in stock in another shop on the other side of the Seine river.

I hit the road again and walked all the way from the 8th to the 4th arrondissement through Le Louvre garden, Le Jardin des Tuileries, a really nice walk, I felt like a tourist in my native city that day, I almost went into the Orangerie Museum within that park to see Claude Monet paintings but got discouraged by the long cue. One day I’ll paint a large painting like the Water Lillies given by him to the French government in 1918 as a symbol of peace. The Lilly is a symbol of peace in the east and as you might know, Monet was much inspired by Japan and the walls of his house in Giverny was decorated with Japanese prints.

After crossing the Seine, and arriving at the shop in Odéon, there was a whiskey tasting going on so I had to wait for quite some time to be able to talk to someone but at last, I found the bottle, the same one I saw on the web earlier. By that time, I was able to send photos of both bottles and asked which one he wanted. Well, that is the story of the Falernum and I ended up painting this one as a present for his birthday. 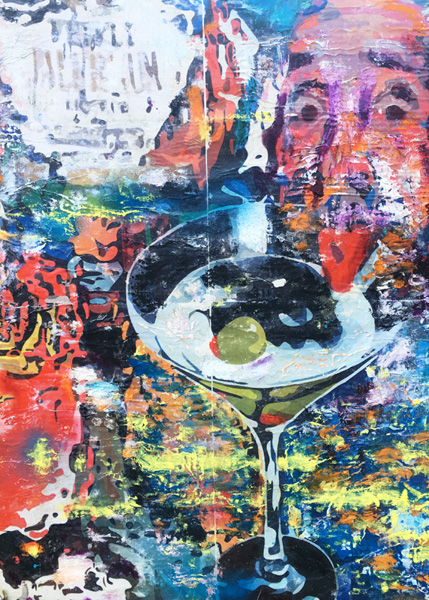 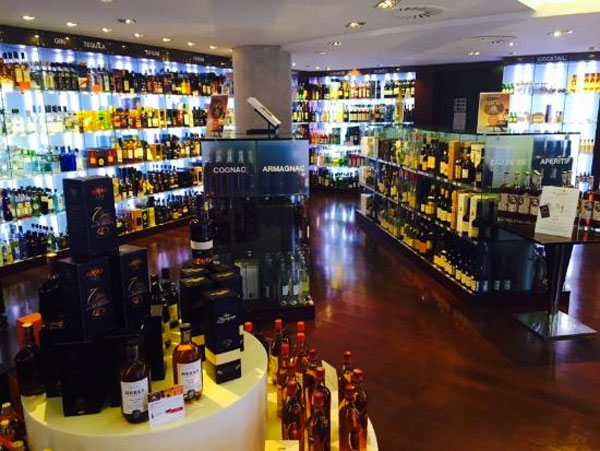 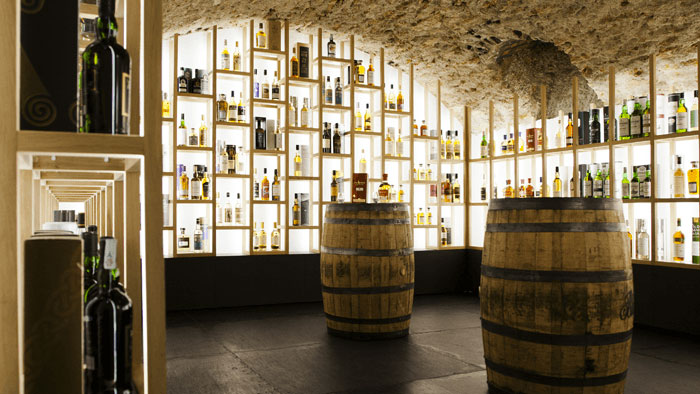 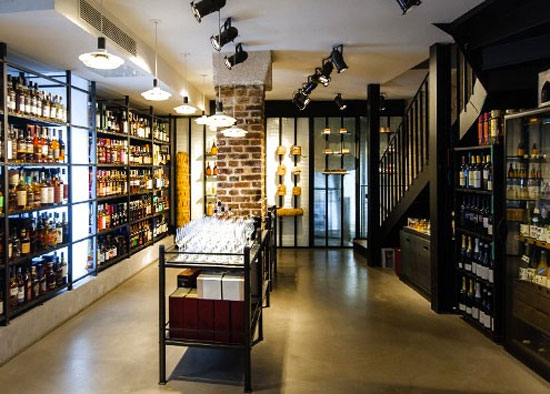